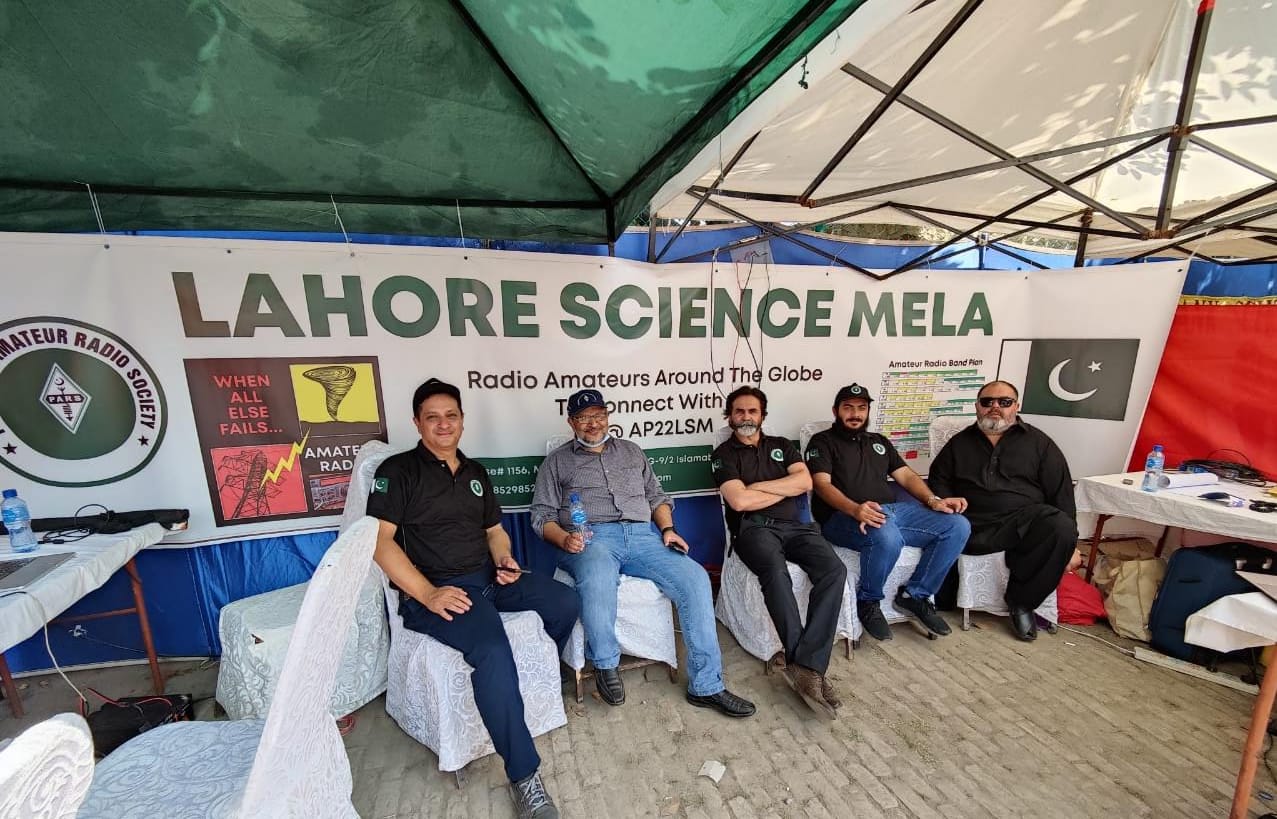 Pakistan Amateur Radio Society participated in Lahore Science Fair on October 29th & 30th. A Special callsign AP22LSM was used to operate from the Science Fair. The stall was visited by more than 500 families and professionals. On the spot demonstration was carried out for the enthusiasts on how VHF UHF and HF operates. Various types of radio equipment and antennas were put on display. Multiple Contacts were made through VHF and HF around the world. The particpants were given hands on experience how the contacts are made what protocols are to be followed while communicating via Amateur Radio. Initially very few people had the knowledge of what An Amateur radio is however as the time passed the word had spread around and there were multiple groups that came and inquired about the memberships. Membership forms as well as a take home note were given to every inquirer for their easy understanding.

All in all it was a successful event and we had a great time at the Fair. Special thanks to Shahid Masud AP2SD, Salman Parvez (AP5ARS/P), Baset Rehman AP2FLY, Jamal Nasir AP2JN, Ayub Durrani AP5ARS/MD, Abdullah Zahid AP5ARS/AZ for making it a successful event. 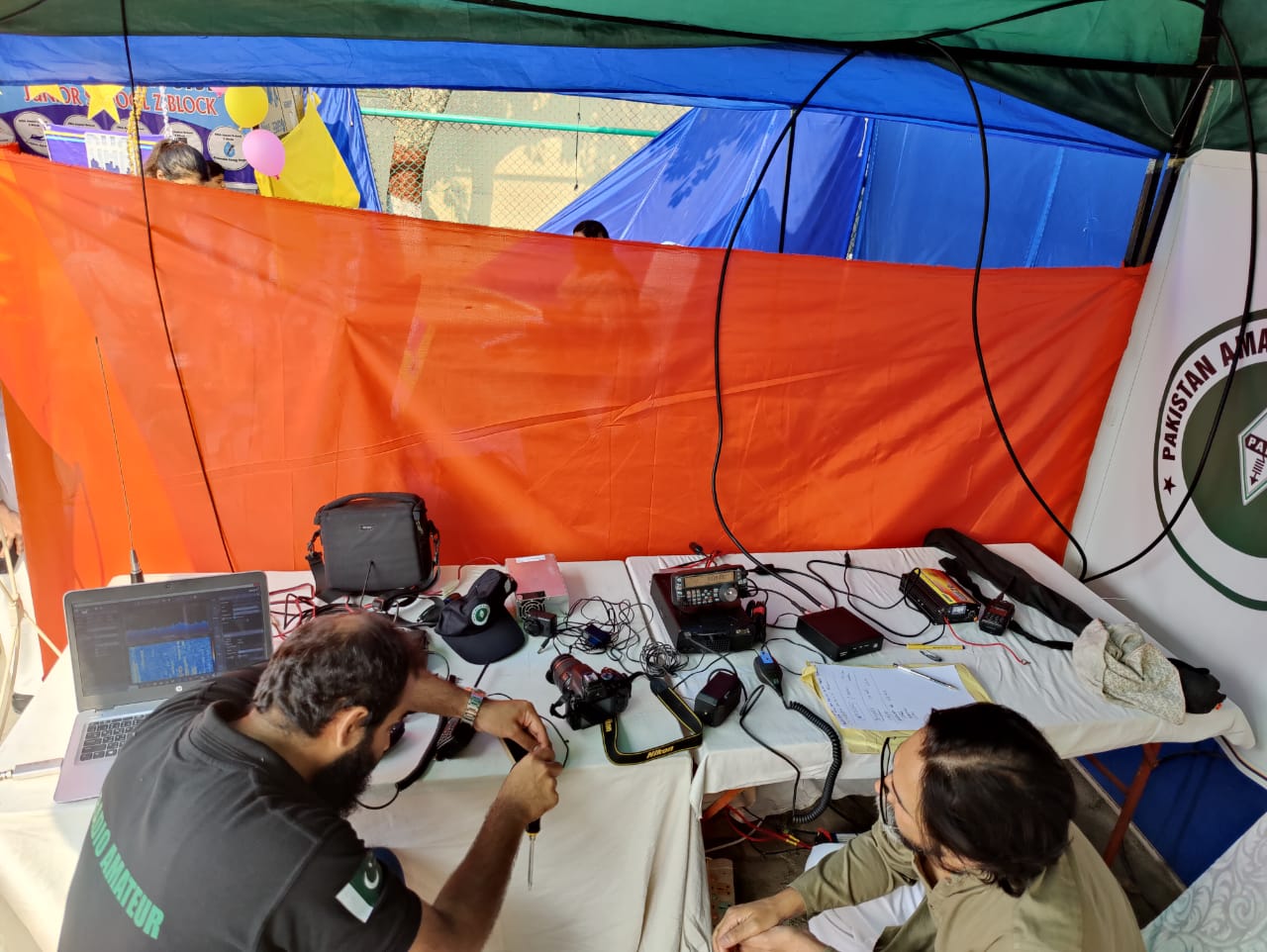 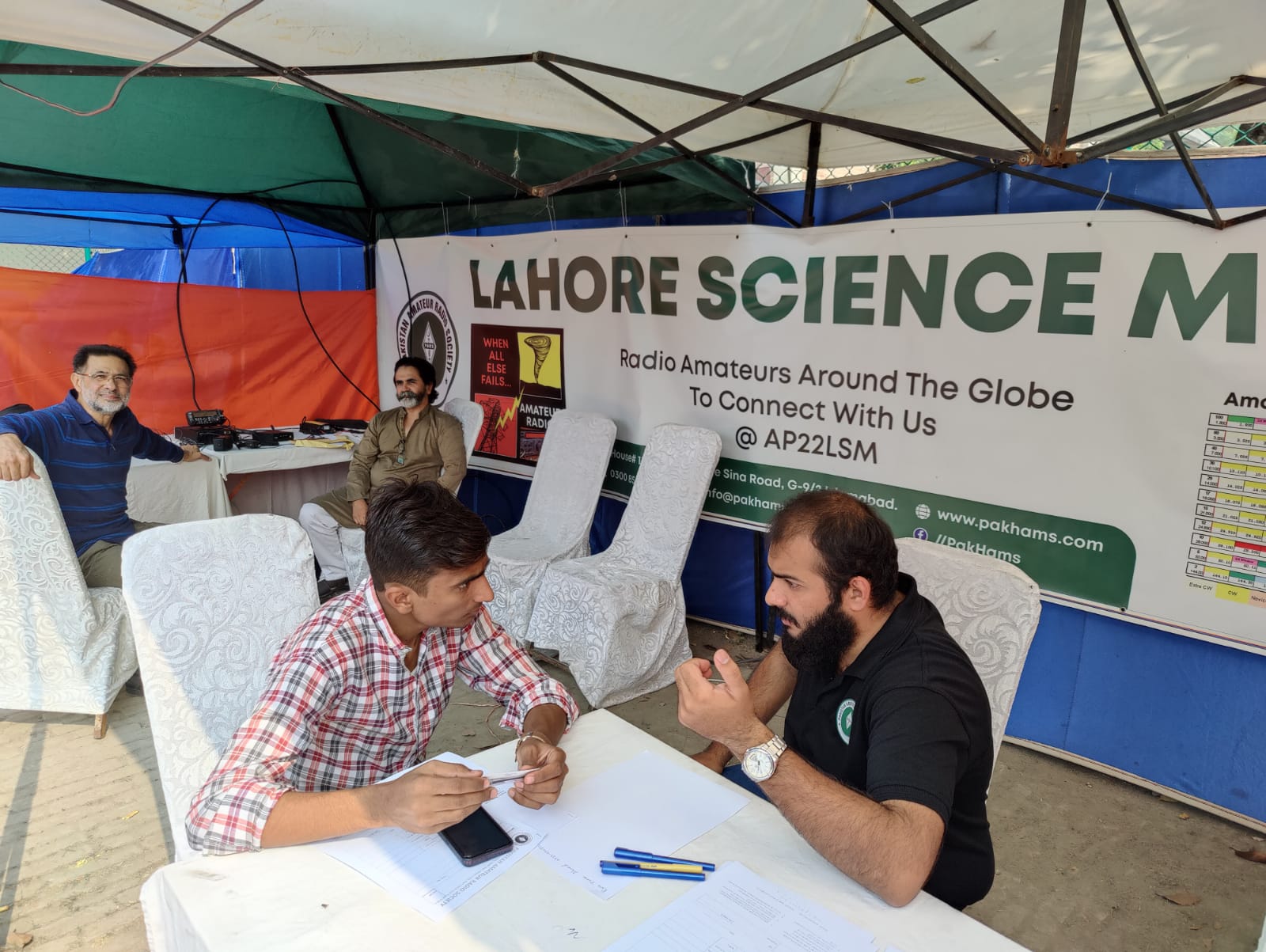 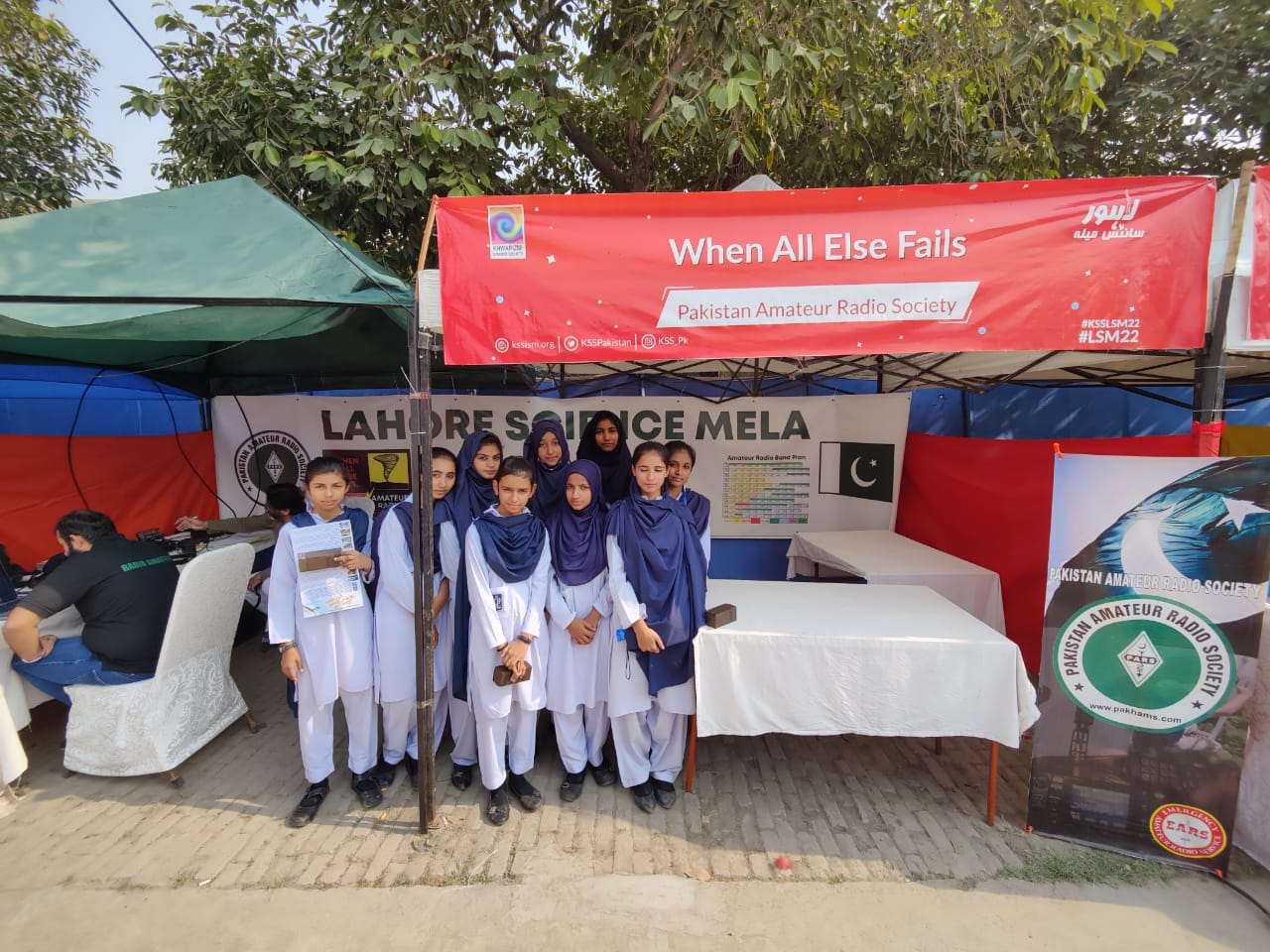 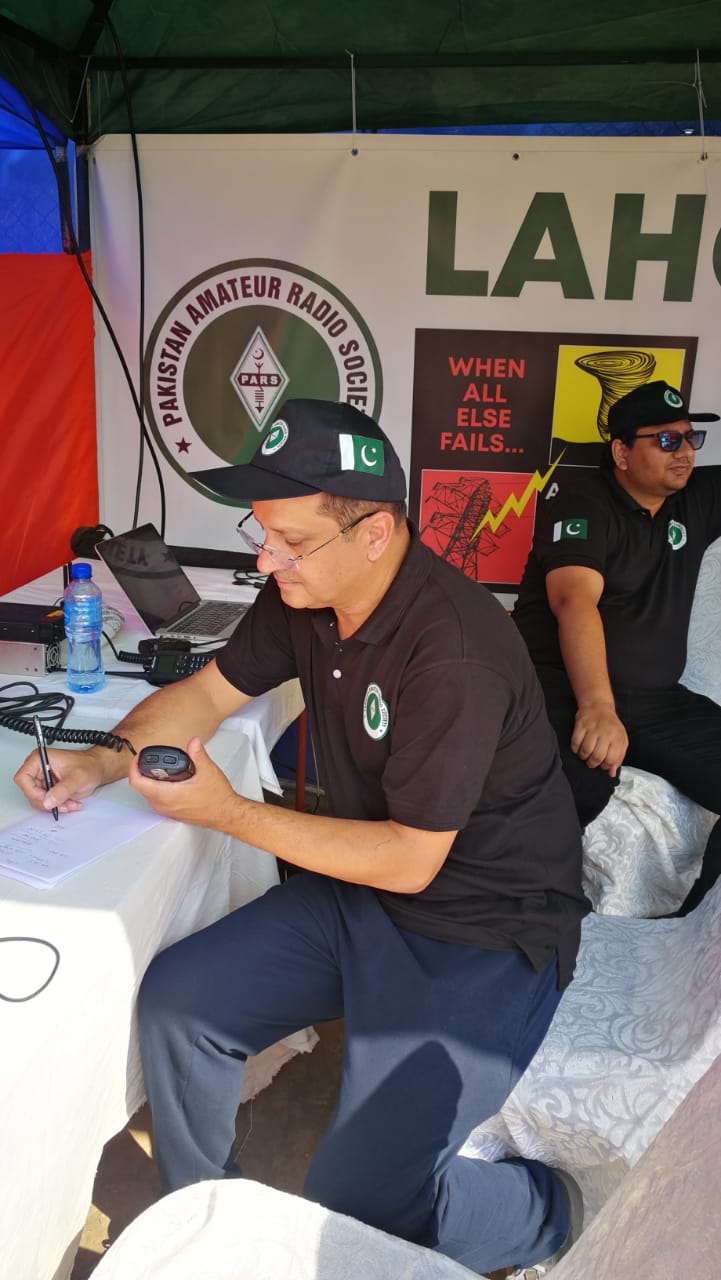 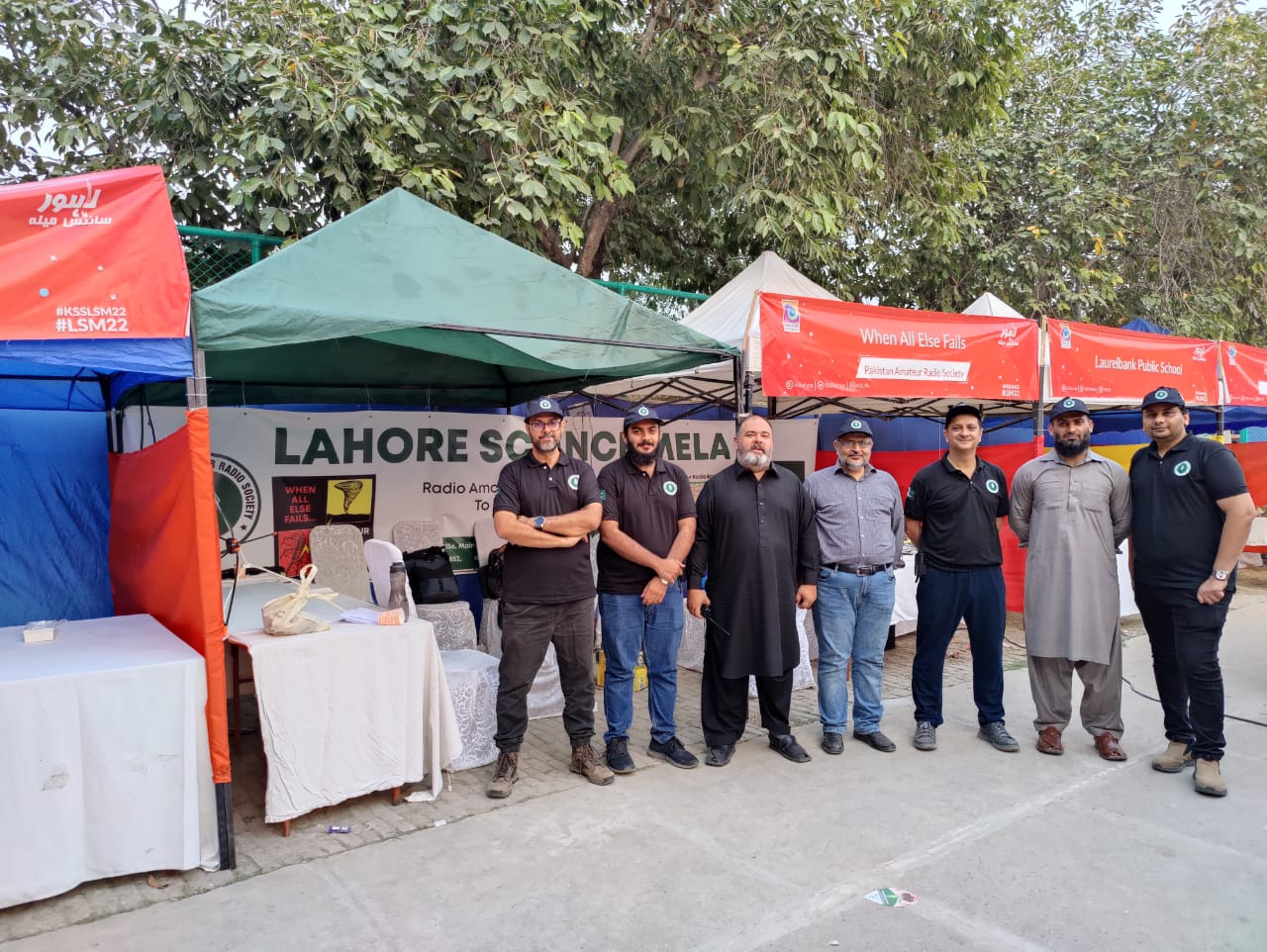 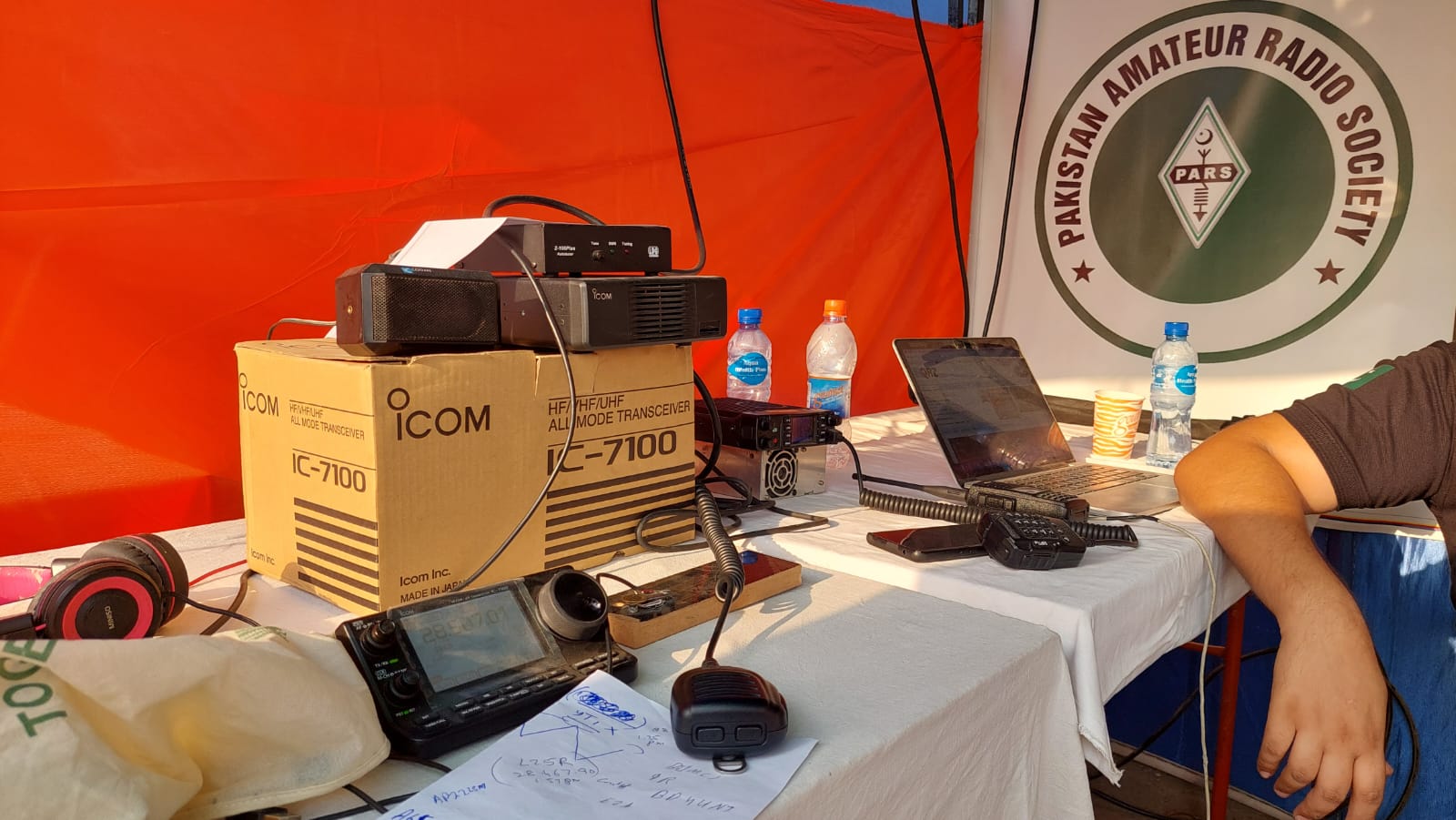